The Portland/Vancouver Metropolitan area is intertwined. The region shares:

Conditions on I-5 and I-205, the two critical transportation links between the Portland and Vancouver areas, limit the region’s ability to achieve its economic and land use goals and meet air quality standards. I-5 is the most congested corridor in the region and the traffic delay problems are increasing at a faster rate than any other corridor. As a result, congestion on the I-205 corridor is expected to get worse. These two corridors serve the region’s central city, Vancouver and Gateway regional centers, residential neighborhoods and Main Streets of Martin Luther King, Interstate Avenue, and Broadway among others. The corridors serve the region’s marine terminals and airport, rail and truck intermodal facilities, and industrial areas.

This paper presents some examples of how the Clark County and Metro tri-county areas are intertwined and the limitations that an inadequate transportation system can create.

The Portland/Vancouver region’s labor force, trade and overall economy are interdependent. Examples include:

The economic interdependence within the region extends to the two states as a whole. The Columbia River is an important link between the two states. For example, barges carry petroleum and other products upriver to Lewiston and to Washington cities. Another example is the dependence that both states have on the main line freight railroads. Rail capacity limitations in the Portland/Vancouver area affect movement of goods to the Puget Sound and other regions in both states. Other examples of interconnections between the states include:

Clark County and the Portland Metro area are working on mandated land use plans. In Clark County, the state’s Growth Management Act (GMA) requires counties to prepare a plan for accommodating forecasted growth, including provision of an adequate transportation system to meet forecasted needs. Metro’s state land use laws and the Metro Charter, approved by the voters in the tri-county area, require Metro to develop and implement a growth management plan. Both Clark County, through GMA, and Metro, through the development of the 2040 Growth Management Plan, are implementing adopted land use policies to manage growth.

Figure 3: Population and Employment by Subarea, 1994

4. One air shed and set of federal air quality regulations

The Portland Metro area and Clark County share the same air shed for ground level ozone and carbon monoxide. The region is currently in compliance with Federal Clean Air Act Amendments of 1990. Until 1997, the region was not in compliance and was designated a non-compliance area.

One ozone air shed covers several square miles and is affected by winds through the Portland/Vancouver area. Emissions in one part of the region can affect other parts of the region. Carbon monoxide (also called hot spot pollution) is related to traffic congestion and is worse in the most congested corridors, such as downtown Portland. Carbon monoxide levels are an especially sensitive issue near residential areas. Bi-state traffic in the I-5 corridor in North Portland raises hot spot pollution in the corridor as a potential bi-state issue.

Air quality is monitored by a different agency in each state. In Oregon, the Department of Environmental Quality (DEQ) monitors air quality. In Washington the Washington Department of Ecology (DOE) and the Southwest Washington Air Pollution Control Authority (SWAPCA) monitor air quality. The agencies work together to coordinate implementation of the air quality standards for one bi-state region and plan additional coordination efforts for the future. Examples include: 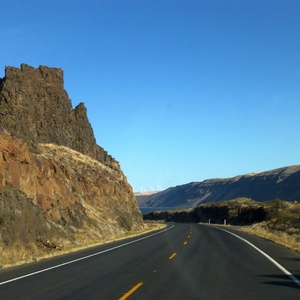