October 23, 2003 – As Revised and Adopted by the Bi-State Transportation Committee

Purpose: This charter defines voluntary participation by jurisdictions within the cross-Columbia River area of the I-5 corridor between Clark County in Washington and Multnomah County in Oregon. This region is linked by economic development and land use objectives, which also drive a shared objective to preserve and add to critical transportation investments. The existing Bi-State Transportation Committee has been constructive in addressing bi-state transportation issues within the corridor. This charter expands the scope of the bi-state effort to include both transportation and land use. Review of land use and transportation issues of bi-state significance may prompt review of these topics in the context of economic development, environmental, and environmental justice issues. It also ensures that regionally significant aspects of transportation – highway, bridge, transit, freight rail, and transportation system and demand management – are considered.

The new Committee, the Bi-State Coordination Committee, replaces the Bi-State Transportation Committee. It serves as a forum to share information, coordinate review, and discuss implications of significant legislative land use and transportation issues which may have environmental, economic development and environmental justice implications for actions taken within the corridor. It encourages regional collaboration to facilitate decision making by individual jurisdictions on issues affecting the broader corridor. The results of the Committee’s deliberations are advisory to the Southwest Washington Regional Transportation Council (RTC), Metro’s Joint Policy Advisory Committee on Transportation (JPACT), and Metro, on issues of bi-state transportation significance. On issues of bi-state land use and economic significance, the Committee advises the local and regional governments appropriate to the issue.

The Committee holds no regulatory authority, but builds and sustains regional dialogue and works together on solving problems related to evolving linkages among transportation, land use, and economic development. Member jurisdictions retain their full existing authorities, but consider carefully and give weight to Committee recommendations. Jurisdictions also agree, according to their authorities, to create their own strategies and plans that contribute to managing land uses and economic development to protect transportation investments throughout the corridor.

Membership: The Bi-State Coordination Committee consists of elected officials from the jurisdictions within the corridor, as well as leadership from key agencies and organizations. The membership structure includes:

The Committee may, as desired, create ex-officio (non-voting) memberships for state and federal agency representatives. Input from other interests in the corridor, such as communities, businesses, and civic and interest groups, is actively sought by the Committee to augment the perspectives of members. Such additional stakeholder involvement is to be obtained through encouraging public comment and input, and through project-level involvement and existing or new working groups or subcommittees, advisory to the Bi-State Coordination Committee. Member organizations provide leadership-level representatives, and participate actively and consistently in Committee meetings and activities. The Committee is primarily staffed by RTC and Metro professionals, calling on land use and economic development resources from each jurisdiction as needed. Meetings are noticed and open to the public, and the Committee meets regularly at intervals determined in its bylaws.

Geographic Scope: The Committee’s focus is the area of the I-5 corridor bounded in the south by the Fremont Bridge on I-405, and in the north by 179th Street. Its scope to the west extends to include important freight transport and economic development activities, especially along the river. Consideration of the area east of the immediate corridor extends as far as I-205, as indicated by linkages and impacts to I-5 corridor investments and communities.

Agenda Setting: The Committee work plan will define issues to be addressed, including significant baseline policy issues for the region such as comprehensive and subarea plans and interchange management plans. Members bring, prior to adoption, significant management plans to the Committee for review. More specific projects and policy issues are nominated by each jurisdiction that desires Committee review, and the Committee establishes its agenda collaboratively. The committee does not address issues related to quasi-judicial applications for specific land use projects, once applications are submitted.

Decision-Making Process: Committee decisions on its recommendations are made by consensus, or if necessary a majority vote of its quorum membership, defined as 2/3 of total membership. Such decisions on Committee recommendations are advisory to JPACT/Metro, RTC, and local and regional agencies, and have no legal or regulatory authority. The Committee’s process for introducing and agreeing on revisions to this charter, including changes to membership, is also by consensus or majority vote. All such revisions at the charter level are adopted by member jurisdictions and organizations by resolutions or letters of intent to change the charter. 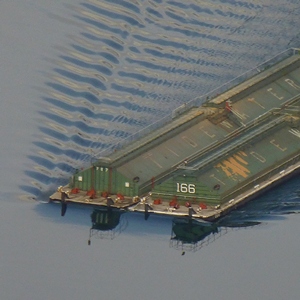