Vancouver, Washington -- The Bi-State Transportation Committee took unanimous action today to make the widening of the I-5/Delta Park project to three-lanes a top priority. During the committee’s discussion, Vancouver Mayor Royce Pollard, a member of the committee stated: “This project has been under discussion for more that twenty years, but until now it has received little support from the Oregon side. I think the work we’ve done to bring them to understand the economic importance of this project has really paid off.”

The Oregon Department of Transportation (ODOT) is in the preliminary engineering and environmental analysis phase of a project that would widen Interstate 5 to a full three-lane section in the Delta Park area between Victory Boulevard and Lombard Street. The current two-lane southbound section over the Columbia Slough would be widened to three-lanes and have standard shoulder widths. The project would also add a bridge over Columbia Boulevard and improve freight-truck access to/from I-5.

The action of the Bi-State Transportation Committee will be forwarded to the RTC Board and Portland’s JPACT committees for their consideration. Concurrently both regional transportation committees in partnership with ODOT and WSDOT are engaged a comprehensive study of I-5 from downtown Portland to the I-5 and I-205 junction in Vancouver. The I-5 Partnership Study is addressing the needs of highway, transit and heavy rail systems in the I-5 corridor including the Columbia River crossing. The Delta Park project is considered as one of the key elements in the “Baseline” alternative of the study. 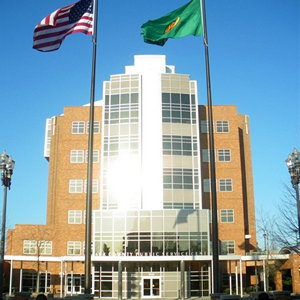