Vancouver, Washington -- The Washington State Department of Transportation (WSDOT) today announced its decision to conclude the I-5 Vancouver High Occupancy Vehicle (HOV) lane pilot project, and convert the lane back to a general purpose by August 6, 2005.

WSDOT's Southwest Region Administrator Don Wagner made the announcement at today's Southwest Washington Regional Transportation Council (RTC) Board of Directors meeting. WSDOT's decision concurs with the recommendations made by the RTC Board at their May meeting.

"This decision was not made lightly," said Wagner. "It came after thorough review of the data in the six evaluation reports of the HOV lane's performance since the pilot project began in 2001, and after taking into consideration the recommendations made by both the Bi-state Commission and the RTC Board."

"The Vancouver HOV lane pilot project has proven successful in that it has provided important insights that we plan to apply to future projects in the region, particularly as we move forward with our Oregon counterparts in the Columbia River Crossing project," said WSDOT Secretary Doug MacDonald in a letter to the RTC Board.

"Perhaps the most significant lesson coming out of this project is that to maximize the effectiveness of an HOV lane in reducing congestion, it must be part of a larger system designed to manage traffic and increase the flow of vehicles during peak traffic hours," said MacDonald. "We have seen success with HOV lane use in the Central Puget Sound, where the entire traffic management system works in a way that encourages travelers to use more efficient options."

WSDOT maintenance crews will remove the I-5 HOV lane signs over the weekend of August 6 and 7 weekend. WSDOT plans to hire a contractor to remove the HOV lane pavement markings and re-stripe the lane in late August or early September. 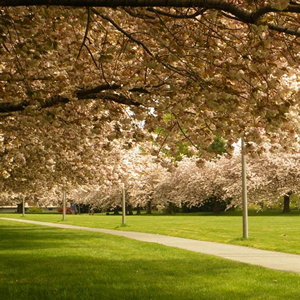