WHEREAS, the Bi-State Transportation Committee shall review all issues of bi-state significance; and

WHEREAS, Metro’s Joint Policy Advisory Committee (JPACT) and RTC shall take no action on an issue of major bi-state significance without first referring the issue to the Bi-Sate Transportation Committee for their consideration and recommendation; and

WHEREAS, the implementation of an HOV facility in the I-5 corridor has bi-state significance; now therefore,

ADOPTED by the Bi-State Transportation Committee this 27th day of April 2000.

The attached resolution would: 1) Recognize the technical findings of the I-5 HOV Operational Study, 2) Adopt a policy strategy for the implementation of an HOV facility in the I-5 Corridor between Downtown Portland (vicinity of I-5 and Lombard) and Vancouver (vicinity of I-5 and 134th Street) and 3) send this recommendation on to JPACT/Metro and RTC for their consideration.

The findings of I-5 HOV Operational Study have been presented to the Bi-State Transportation Committee at their February and March meetings. These findings are documented in the final report entitled, I-5 High Occupancy Vehicle Operational Study, April 2000. The purpose of the study was to conduct a traffic operational and design feasibility analysis of constructing an HOV lane in the I-5 corridor without widening the Interstate Bridge or Delta Park.

In summary the findings concluded that a southbound bi-state HOV facility in the 2020 forecast year would save HOV users 8 to 10 minutes, carry more persons per hour (5120 persons) than the adjacent general purpose land (3850 persons) and help to ensure travel time reliability for buses and car pools.

Regarding the existing northbound HOV lane in Oregon. This HOV lane was implemented as a temporary mitigation measure during the I-5 Bridge Trunnion Repair Project. It has continued to be a mitigation measure during the I-5 Bridge Painting and for the upcoming preservation project on this section of I-5. The Oregon Department of Transportation has been considering how to make the HOV lane permanent. To date measures of effectiveness demonstrate that the HOV lane is successful in carrying more person trips than in the adjacent general purpose lane. Public approval for the HOV lane has been consistently high, even among corridor users who do not use the lane. There are two primary issues that need to be resolved for ODOT to make the lane permanent:

The following section contains a segment by segment description of the findings for implementing HOV in the I-5 corridor. (See also "Selected HOV Lane Configuration" in Executive Summary.) The short term strategies listed are those that could be implemented within the next five years with available funding. Longer term strategies extend beyond the five year time and would require new funding sources.

I-5 from 99th Street to Main Street Interchange

Main Street to the Interstate Bridge

The recommendations in this resolution give JPACT/Metro and RTC direction from a bi-state perspective. Prior to reaching a decision to build an HOV lane in Oregon, ODOT will need to meet the requirements of the National Environmental Policy ACT (NEPA) for construction of an additional lane through the Delta Park section of I-5. The project development process will need to include an HOV lane as an option. If at the conclusion of that process, the HOV lane is the preferred option, JPACT and Metro would need to amend the Regional Transportation Plan to incorporate the HOV lane and would need to ensure that the additional project meets air quality conformity for the region.

Prior to reaching a decision to build an HOV lane in Washington, WSDOT will also need to meet the NEPA requirements both in regard to the current I-5 widening project and the HOV project to widen I-5 southbound, south of SR-500. If at the conclusion of this process, the HOV lane were the preferred option, RTC would need to seek Washington Transportation Commission approval for the operation of a peak period only HOV lane. RTC would also need to amend the Metropolitan Transportation Plan to incorporate the HOV project and ensure that it meets air quality conformity

The I-5 HOV Operational Study held several public meetings in Clark County to solicit public comments on the range of HOV options. Prior to implementation of a recommended HOV project, more public involvement and outreach is needed on the specifics of the proposals in both Oregon and Washington.

Attachment: Bi-State Transportation Resolution 04-00-10, For the Purpose of Approving the I-5 HOV Facility Policy Recommendations 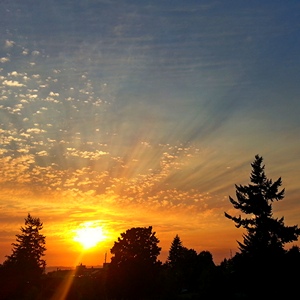