Smart Transportation Operations in the Region

The Vancouver Area Smart Trek Program is a partnership of transportation agencies in the Clark County region established to improve transportation system performance by collaborating on signal systems, freeway and arterial management, and traveler information projects through the use of smart technology and the system infrastructure needed to support it.

RTC has managed the program since 2001 assisting partner agencies in identifying and developing operational projects to benefit the region. The VAST agencies are WSDOT, Clark County, City of Vancouver, C-TRAN, City of Camas, and RTC.

Planning for the Future

A Regional TSMO Plan was adopted by the RTC Board in June 2011 and presents a ten-year vision and strategy to implement low cost operational projects as a part of a multi-faceted approach to meeting the region’s transportation needs.

The successful implementation of operational strategies requires cooperation between transportation agencies and interoperability between intelligent transportation system (ITS) technologies.

The VAST Steering Committee, made up of the partner agencies, is the forum for discussing transportation operations and technology and has been both a successful collaboration and an effective way for the agencies to coordinate on project delivery, joint project funding, monitoring project development, and project integration. The VAST program is funded primarily through federal grants and has resulted in a partnership that benefits individual transportation agencies and the Clark County region. This agency cooperation has resulted in a successful partnership for developing and securing funding for ITS/operations projects that total more than $21.7 million in federal funding since 2001.

A wide range of projects, to improve transportation operations and modernize the supporing communciations and technology, have been funded since the initiation of the program. They include central signal system upgrades, new signal controllers, signal optimization projects, freeway detection, cameras, variable message signs, and transit signal priority as wel as the fiber communications needed for connecting ITS devices and infrastructure.

In 2008, as a result of VAST’s coordination efforts, an FWHA Office of Operations publication cited RTC’s VAST Program as one of eight programs in the country recognized as a leader in demonstrating the benefits of interagency cooperation. The purpose of the FHWA document was to provide guidance to other agencies on the best practices for collaboration.

Bi-state Travel Time Project
RTC has also programmed funds for the Washington portion of the Bi-state Travel Time project, a joint collaboration between the Washington and Oregon Departments of Transportation which will provide current travel time information to the public along the I-5 and I-205 corridors in the Vancouver/Portland region. The project will consist of a combination of white on green guide signs showing travel times via alternate routes to specific destinations as well as the utilization of the existing variable message signs (VMS). The guide signs will be located at route decision points while the VMS will display travel times for specific destinations along a route. RTC, through its responsibilities under the VAST program, has worked closely with the two states on project development, resolving technical issues on data sharing and route and destination information and has planned and facilitated meetings between the two transportation departments. The current schedule calls for VMS destination times to active by the end of the year with the route choice travel times by the middle of 2015.
A concept map of the project is shown at right.
Regional Transportation Data Archive
Beginning in 2013, the VAST agencies established a new partnership with Portland State University to become a part of the regional transportation data archive known as Portal. The Portal archive contains, in a single location, historical and real-time transportation data from agencies in the Vancouver-Portland region. This one-stop information warehouse can be used by researchers, planners, traffic engineers, and the public to look at multimodal transportation performance throughout the region.
For 2014, RTC is working with Portal staff to implement several enhancements to the archive site, including infill of missing speed and traffic data on the WSDOT freeway system and the addition new Clark County traffic count data from their arterial detection stations. The VAST partners will maintain their close collaboration with Portal for ongoing improvements to add comprehensive transportation data from the Clark County region to the bi-state data archive.

VAST agencies have had a Communications and Interoperability Agreement in place since July 2006 that authorizes agencies to share their unused fiber optic capacity with other agencies. For example, C-TRAN has a permit to use WSDOT and City of Vancouver fiber to bring security camera video from their park and ride facilities to C-TRAN offices. In total, twenty nine sharing permits affecting 101 miles of fiber have saved from $15.2 to $18.8 million compared to the VAST agencies building these projects separately. The agreement has led to better use of existing fiber and communication equipment by sharing available capacity among agencies.

The key to improving efficiency and cost-savings through the sharing of fiber assets is better better knowledge of what is in the field. The VAST agencies have procured asset management software that maps and displays communications fiber and equipment as well as their detailed attributes. The software allows agencies to share this information with each other in a common map and database. It is an essential element to support the sharing of fiber assets and allows agencies to conveniently review the fiber and communication network, fiber ownership, capacity, and availability.

RTC and the VAST agency partners will continue to look for opportunities to build on the collaborative foundation developed through the VAST program to improve agency cooperation, and implement operational strategies and projects to maximize agency resources and benefit the region. 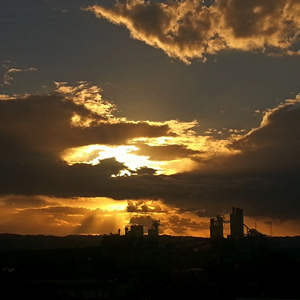