The Oregon Department of Environmental Quality (DEQ) and the Southwest Washington Air Pollution Control Authority (SWAPCA) announced that EPA signed the official approval of the region's clean air plan. The plan is designed to protect area residents from unhealthy levels of ozone pollution over the next ten years as the region experiences unprecedented growth.

"Today we're celebrating our success in cleaning up our air thanks to every individual in our region who did something to reduce pollution," said Marsh. "We have before us ten years of healthy air potential but we will need everyone's support to keep the air healthy. Every household and every business will help decide whether this community keeps unhealthy air in its past and out of its future."

Marsh noted that the region has made significant progress from the early 1970s when federal air quality standards for ozone were first implemented. In the summer of 1974, there were 37 days of unhealthy smog levels in the Portland area. In the past six years, there was an average of one day of unhealthy smog per year.

This achievement allowed the region to apply to EPA for redesignation. Portland and Vancouver were required to submit coordinated Ozone Maintenance Plans and supporting rules outlining strategies to reduce pollution from motor vehicles and other gas-powered equipment, paints and other household products and industry for a minimum of ten years.

In the next decade, the Portland-Vancouver area is expected to gain 300,000 new residents and nearly 250,000 workers will increase driving in the area by over 4.8 million miles per day.

To preserve the air quality improvements in one of the fastest growing areas in the Northwest, people from numerous agencies and advisory committees worked together over a five year period to plan the most effective strategies. DEQ and SWAPCA worked with the Washington Department of Ecology, Metro, Tri-Met, C-Tran, and the Oregon Department of Transportation on the plan. Political and business leaders, local governments and individual citizens also shared their expertise.

The EPA-approved ozone maintenance plan and redesignation to attainment will provide the following benefits for the Portland-Vancouver region:

Smog-producing emmissions from passenger vehicles pose the greatest threat to clean air. Vehicles are the largest source of air pollution in the Portland-Vancouver area.

The core strategies in the plan such as the Enhanced Vehicle Inspection Program are designed to reduce vehicle emissions. The Vancouver area already has this program in place. DEQ plans to implement this more effective emission check program this fall. It will take at least two years for the full clean air benefits of this program to take effect.

The environmental agency leaders stressed that it is especially important that area residents take action to reduce smog-forming emissions this summer on air pollution advisory days.

Ground-level ozone is formed by chemical reactions between volatile organic compounds (VOCs) and nitrogen oxides on hot, sunny days. Exposure to ozone can damage lung tissue and can be especially harmful to older people, children and people with respiratory ailments such as asthma.

Here is a summary of the major strategies in the Portland-Vancouver Area Ozone Maintenance Plan:

What: The key strategy to reduce smog-forming emissions. Separate programs will be implemented in the Portland region and the Vancouver area. A new, more efficient emission test will more accurately identify pollution control equipment problems in vehicles.

Why: The new test will more than double the effectiveness of the current vehicle inspection process.

What: Over the past two years, DEQ expanded the Portland area Vehicle Inspection Program boundary to include Sandy, Estacada, Canby, Banks and Scappose, where more than 40 percent of residents commute by car to work outside of the area where they live.


SWAPCA has expanded the Vancouver area Vehicle Inspection Program boundary to include Battle Ground, Brush Prairie, Ridgefield and La center, where more than 50 percent of residents commute by car to work outside of the area where they live.


Why: The Vehicle Inspection Program now includes areas where vehicle emissions from commuters contribute to the smog problem.

What: Employers with more than 50 employees in the Portland area are required to provide commute alternatives for their workers. The goal is to reduce the number of employee cars driven to the workplace by approximately ten percent within three years.


Why: This strategy is necessary to cut vehicle emissions by reducing drive-alone commuting.

In addition to these main strategies, DEQ and SWAPCA have implemented rules that require manufacturers to limit the amount of smog-producing chemicals in paints and household products sold in the Portland-Vancouver area. 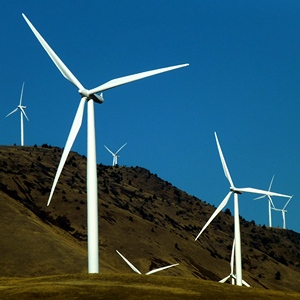