The first tier of a study of possible future improvements to the Columbia River Crossing between Hood River, Oregon and Bingen/White Salmon Washington has just been completed. The study is being undertaken by the Southwest Washington Regional Transportation Council (RTC), Washington State Department of Transportation (WSDOT) and Oregon Department of Transportation (ODOT), in coordination with the Federal Highway Administration (FHWA). During the last several months, the management and consulting team working on the project evaluated and narrowed a preliminary list of crossing corridors. Members of the public and local appointed and elected officials, including three project advisory committees, have played a critical role in commenting on the initial corridor screening and identifying options to be studied further.

The following crossing corridors have been recommended for further study:

Three other corridors will not be studied further, including:

The following types of facilities will be studied. One or more may be evaluated in each of the corridors identified for further study.

A “No-Build” alternative will be carried forward throughout the process of evaluating alternatives.

During the next several months, the project team will identify and study specific alternatives, narrowing them to a shorter list of the most promising options for more detailed analysis. Members of the public are encouraged to participate in the study through advisory committee meetings, a random sample survey, community group presentations, public open houses and other means. The next advisory committee meetings are scheduled for this September.

Additional information also can be obtained at the project web site: http://www.rtc.wa.gov/studies/sr35 or by calling Dale Robins at 360-397-6067. 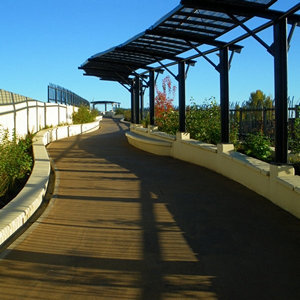