Vancouver, Washington -- In response to the Bi-State Transportation Committee's request, the Southwest Washington Regional Transportation Council’s (RTC) Board of Directors on Tuesday, October 2, 2001 passed a resolution endorsing the Delta Park widening project as a high priority for future funding through the reauthorization of the federal surface transportation act, Oregon state legislative programs and the I-5 Partnership Study. Today, October 4, 2001, Portland’s lead transportation decision-making committee, the Joint Policy Advisory Committee on Transportation (JPACT) took the identical action. During the committee’s discussion, Vancouver Mayor Royce Pollard, a member the JPACT committee stated: “This action by JPACT clearly demonstrates the Portland region’s support for working with us to solve the Delta Park bottleneck.” In addition to the high priority action, it was agreed by both committees to move the timetable for conducting the high occupancy vehicle (HOV) lane traffic analysis for the Delta Park portion of I-5 up to this next year.

Currently, the Oregon Department of Transportation (ODOT) is in the preliminary engineering and environmental analysis phase on the Delta Park project to widen Interstate 5 to a full three-lane section in the Delta Park area between Victory Boulevard and Lombard Street. The current two-lane southbound section over the Columbia Slough would be widened to three-lanes and have standard shoulder widths. The project would also add a bridge over Columbia Boulevard and improve freight-truck access to/from I-5.

The actions of RTC and JPACT are good news to Clark County commuters and to trucks traveling this section of I-5. While the funding to build the project has not yet been secured, the bi-state and regional commitment to work together to get the needed funding is in place. 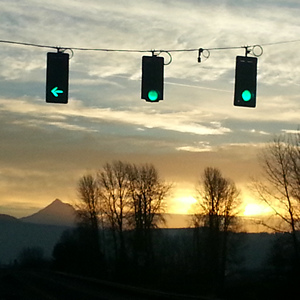