Vancouver, Washington  -- The public is invited to an open house October 12, from 5 to 8 p.m. at the Hood River Inn, River View Room, to begin discussion of alternative Columbia River crossings. The Inn is located on the Columbia River at the south end of the Hood River Bridge, adjacent to exit 64, off I-84:

The event is sponsored by the Southwest Washington Regional Transportation Council, in partnership with the Oregon and Washington Departments of Transportation and local cities and counties. The first phase of this effort was completed last year, resulting in vision and mission statements for the study and these possible alternative crossing locations:

The second phase of the study is under the direction of the same public agencies who recently hired a consulting team headed by Parsons-Brinckerhoff to assist with the project. The outcome of the work will be an understanding of the potential benefits and drawbacks of a new or improved crossing, short and long term recommendations for improvements, and an implementation strategy.

A steering committee of elected and appointed officials and a local advisory committee of citizens are being formed to help guide the study. In addition, throughout the project, residents and business owners on both sides of the river will have opportunities to be involved through community events, questionnaires, newsletters, a youth project, public displays and other means. 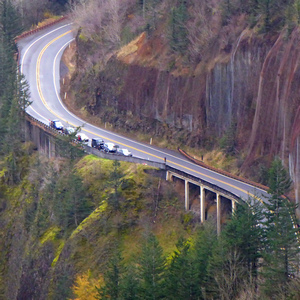